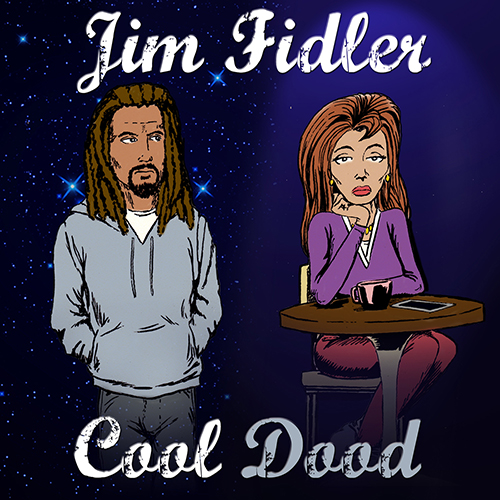 Jim has just released another Single!

Dis one is dedicated to all dem rude boy; simmer down!

Get it on iTunes here

Sit with Jim Fidler for a while and one thing will become absolutely clear: you don’t need sight to have vision. 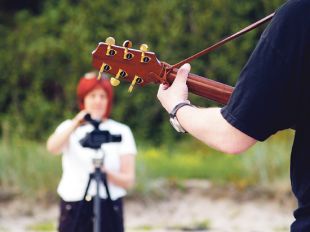 Blind since the age of nine, Fidler is a St. John’s composer, musician and recording artist — a “painter of sound,” he says.

He’s also deeply insightful and more positive than most, although he insists he’s not any more interesting than anyone else.

“We live in a competitive society that kind of elevates some people, like celebrities or royalty, while denigrating others,” he says. “It’s really a fallacy, because every single person has a spirit and a story.

Circumstances make some people’s stories seem more fascinating or TV-worthy than others, but every single person has just as valid a story.”

With five albums under his belt — on which he plays at least a dozen instruments, on tunes in English, French and Arabic — Fidler’s music simply cannot be classified. Reggae, pop, Celtic and Amerikana are recurring influences, but his style is his own, perhaps stemming from his broad view of the world.

His wife, Lillian, is in the midst of exploring the essence of her husband in a documentary with a tentative title of “I Still Remember.”

Lillian says it was difficult to capture the breadth and depth of Jim in words. She’s beginning with the moment he lost his sight and had to leave his family to go to Halifax’s School for the Blind.

Jim remembers the day doctors removed the bandages from his eyes and told him he’d never see again.
“It was like if I put bandages on your eyes and put you in a dark room and took the bandages off — everything was painted with white silver,” Jim explains. “I remember seeing that, and it didn’t dissipate. Was I scared? No. What was I going to do, really. I couldn’t change it and there was nothing I could do about it.